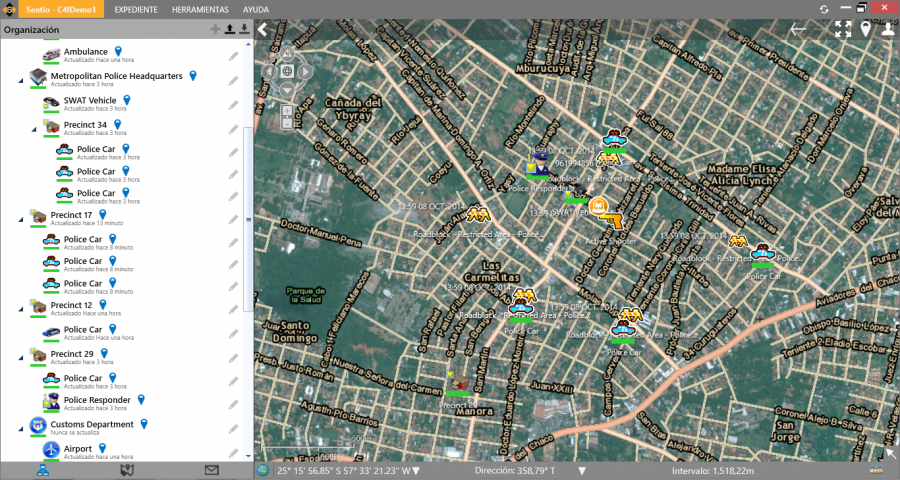 The simple user interface allows commanders and operational staff to become comfortable with the operation of SENTIO within a single 90 minute training session. Automating vehicle- and entity-level position reporting reduces the burden of emergency responders in the field calling in position updates and requiring command staff to manually update the map. This frees up time for emergency responders and decision makers alike to focus on the situation at hand and make effective, informed decisions. SENTIO uses the Windows operating system on desktop, tablet and smartphone implementations.

Operators can switch on-the-fly between languages. Having the software in the mother-tongue of the users greatly reduces training overhead. SENTIO can have multiple languages running within the same operation. SENTIO is currently available in English, and can be translated into other languages such as French relatively easily. 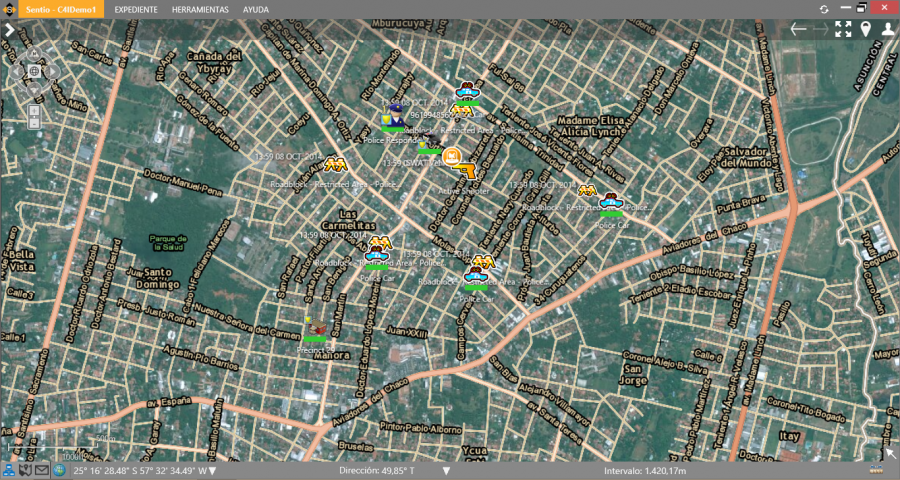 SENTIO interfaces to GPS-enabled radios, web-based position services, as well as smart phones so that live position reporting of agency assets and personnel appears directly on the digital map. This feature allows SENTIO to provide up to date position awareness of all assets and personnel responding to the emergency. Vehicles that do not have GPS-enabled devices can be manually placed on the map and shared with higher or lower commanders. 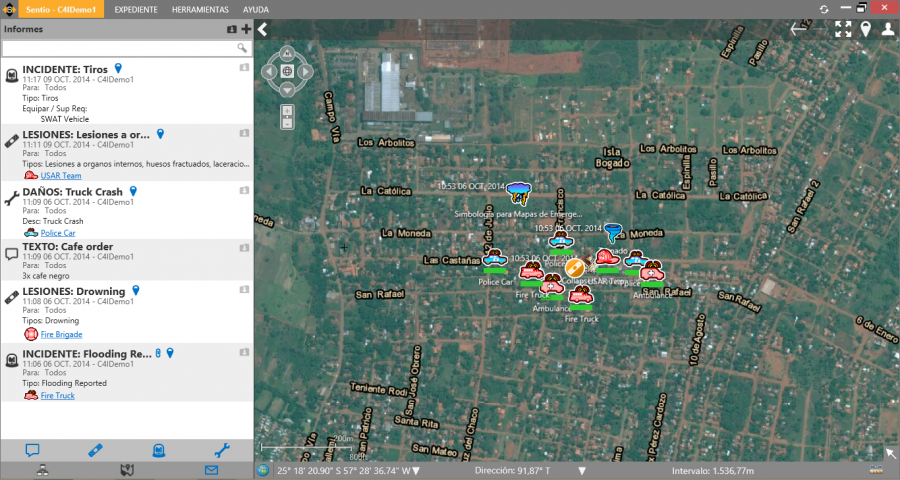